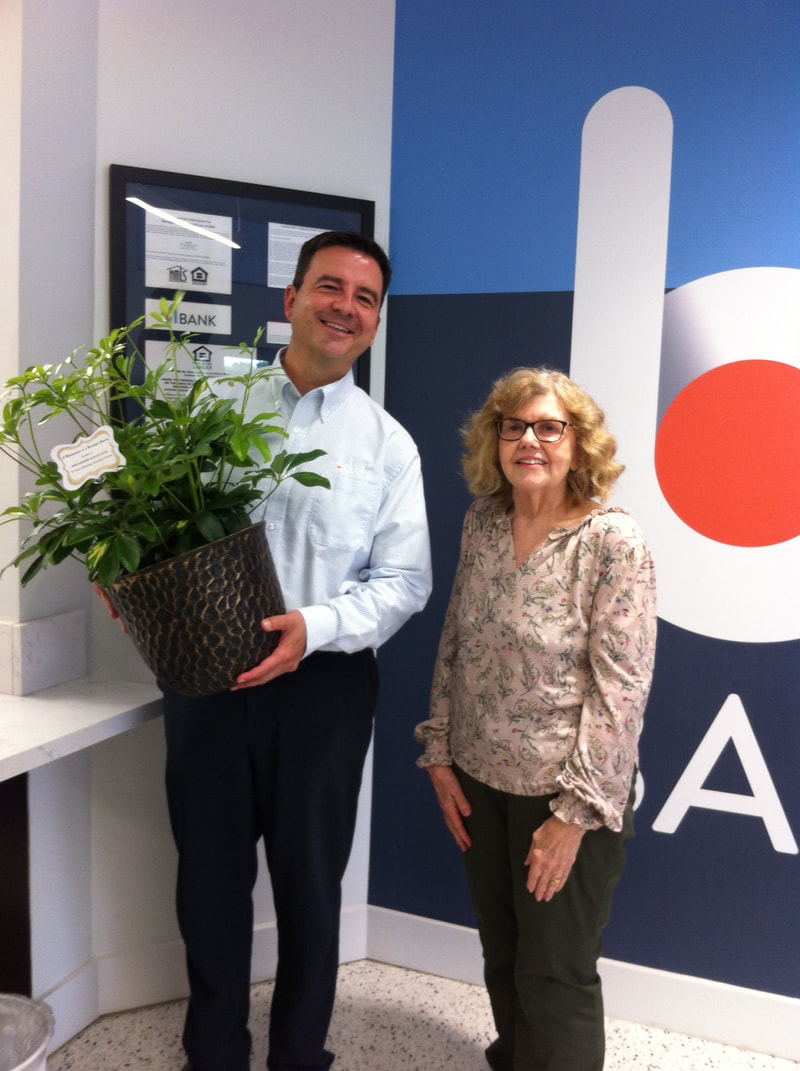 Office Manger at Business First Bank in Port Allen, Mr. Glen Daigle, received the “To Brighten Your Day Plant of the Month for April”. Mary Neisler presented it on behalf of the West Baton Rouge Garden & Civic Club. 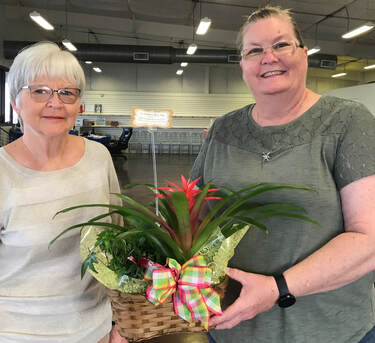 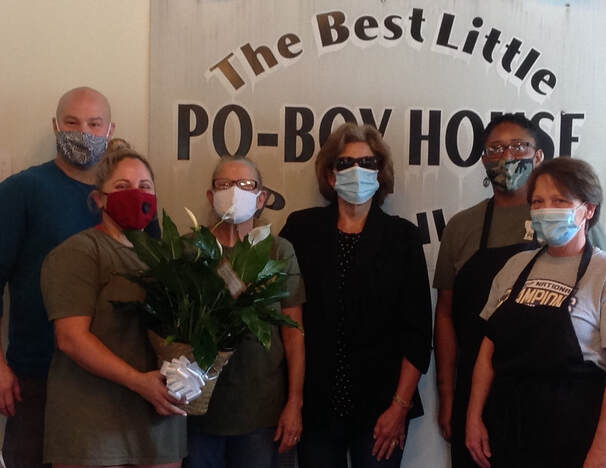 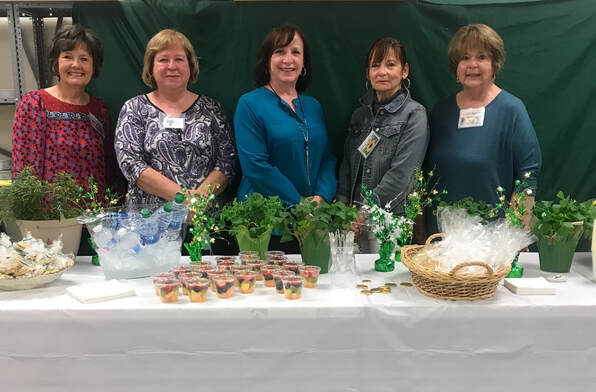 WBRP County Agent Elliott Scroggs spoke about how to manage the landscape in our yards from the damage caused from the recent freeze. 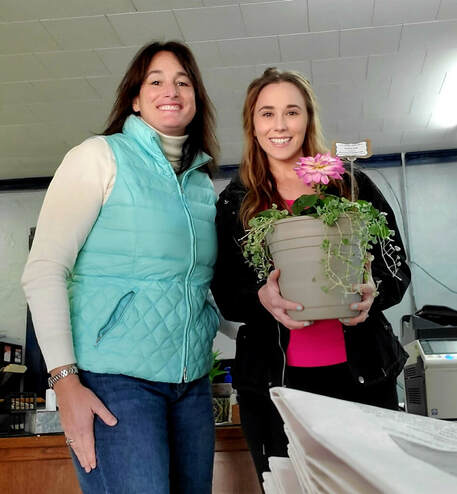 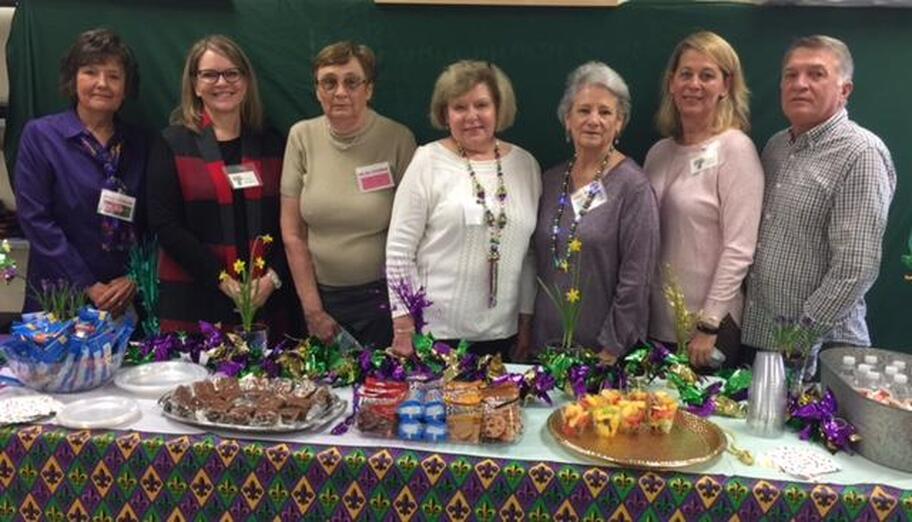 The West Baton Rouge Garden & Civic Club met at WBR Ag Center in Port Allen, November 10.  Kali Marionneaux, owner of The Plantation Florist, gave a presentation of floral arranging and secrets of success. Kali left all of her gorgeous arrangements for members to have a drawing to take them home.
​ 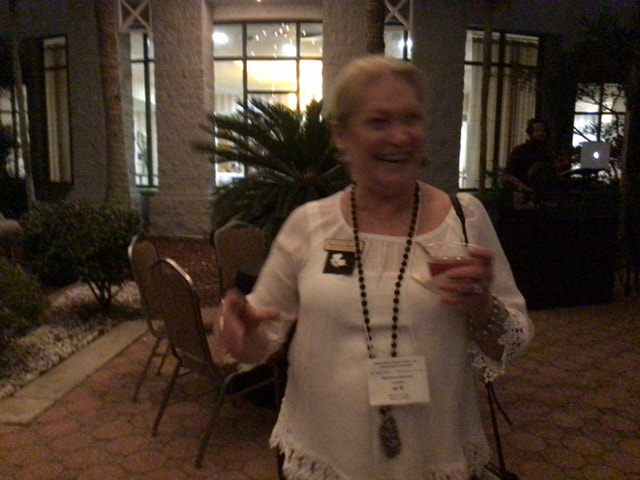 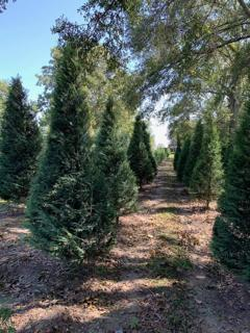 The second tour of the West Baton Rouge Garden & Civic Club was at the Tassin Christmas Tree Farm.  It was given by club member, Janet Tassin and her husband, Mark Tassin, owners of the tree farm.

Janet and Mark gave a  history of how they started this business and an agricultural background  of the types of soil required, species of trees conducive for our area which is the Leyland Cypress, planting with drainage, and other important facts.

They sell from November through December 6. After that date, trees are sold by appointment only.  Here are just a few pictures of the trees

After touring this state of the art school and having a delicious lunch there, with  extremely well mannered, well behaved students,  and very happy teachers, our members were ready to go back to school.

Thanks to the West Baton Rouge voters for passing the tax for our most precious possessions, our children and their future by giving them the best of the best schools. It sure created a happy climate to be in today

Andrea Normand pointed out the centerpiece on the table, symbolized our loved deceased members along with their family members with white roses and the Corona virus with the red zinnias.

The second part of the meeting, Kim Callagan passed out the 2020 - 2021 yearbooks, President Andrea Normand highlighted the contents.