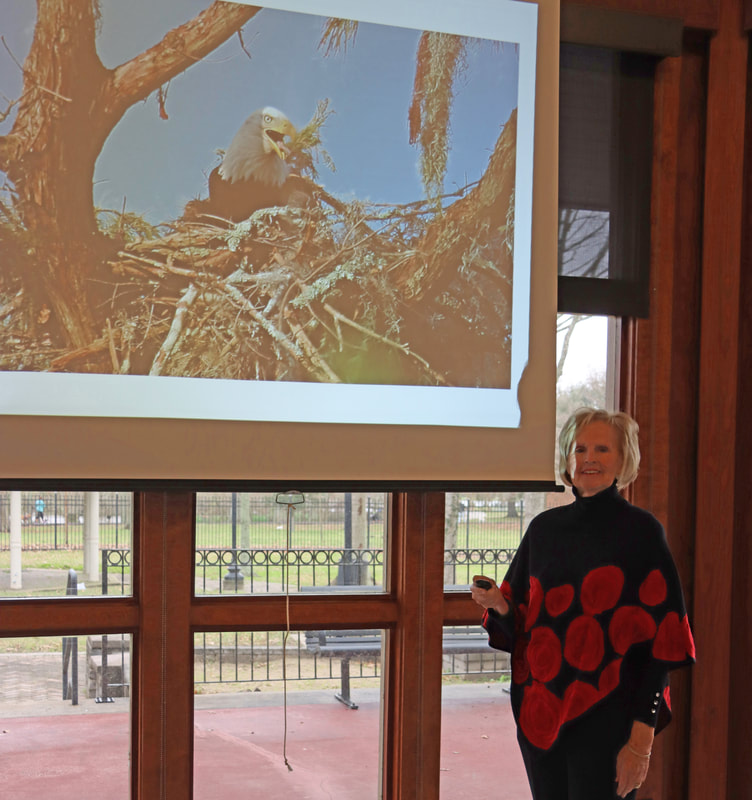 Stephanie Henning presented an Arbor Day program to the Jefferson Parish Council of Garden Clubs.  Her topic was "the ten oldest trees in the world".  The Council planted a Live Oak Tree at Lafreniere Park in Metairie for Arbor Day.

Coleen Perilloux Landry presented a slide show of her photographs showing the habits of the wild birds, eagles, egrets and limpkins. 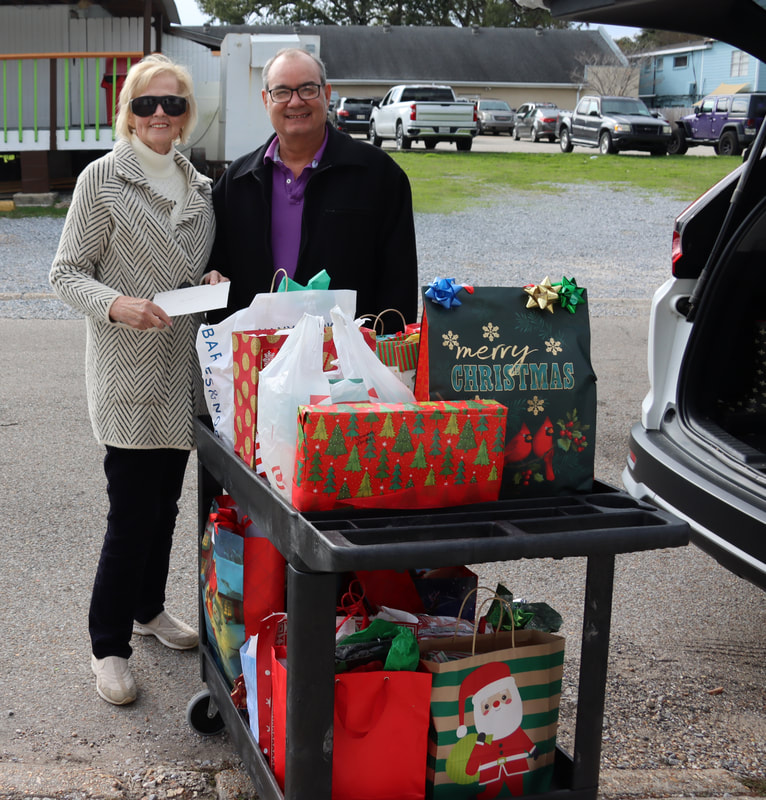 For the 44th year members of Acres of Green Garden Club helped make Christmas bright for the clients at the Metropolitan Battered Women and Children's Shelter.  Members chose gifts for the mothers as well as for the children and wrapped in bright packages to be put under the Tree and found from Santa Claus on Christmas morning.

President Coleen Landry delivered the gifts and is pictured with one of the managers of the Shelter.  Coleen's grandson and his wife donated three large bags of stuffed animals to be given to every child who comes in the middle of the night, battered and scared.  Every child needs something to hug and hang on to in such times. 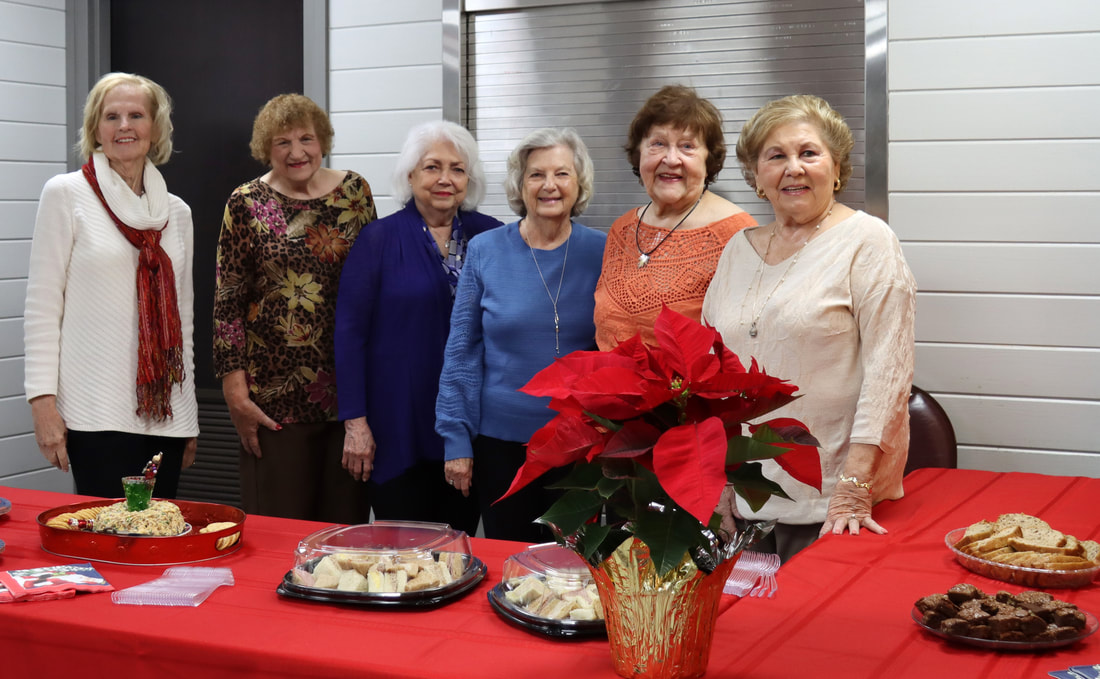 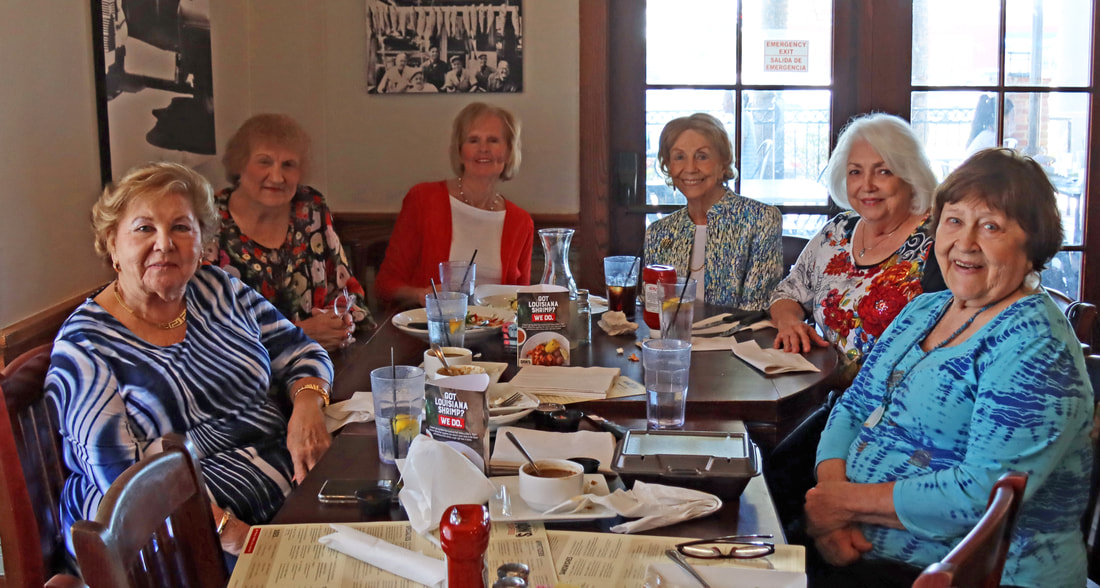 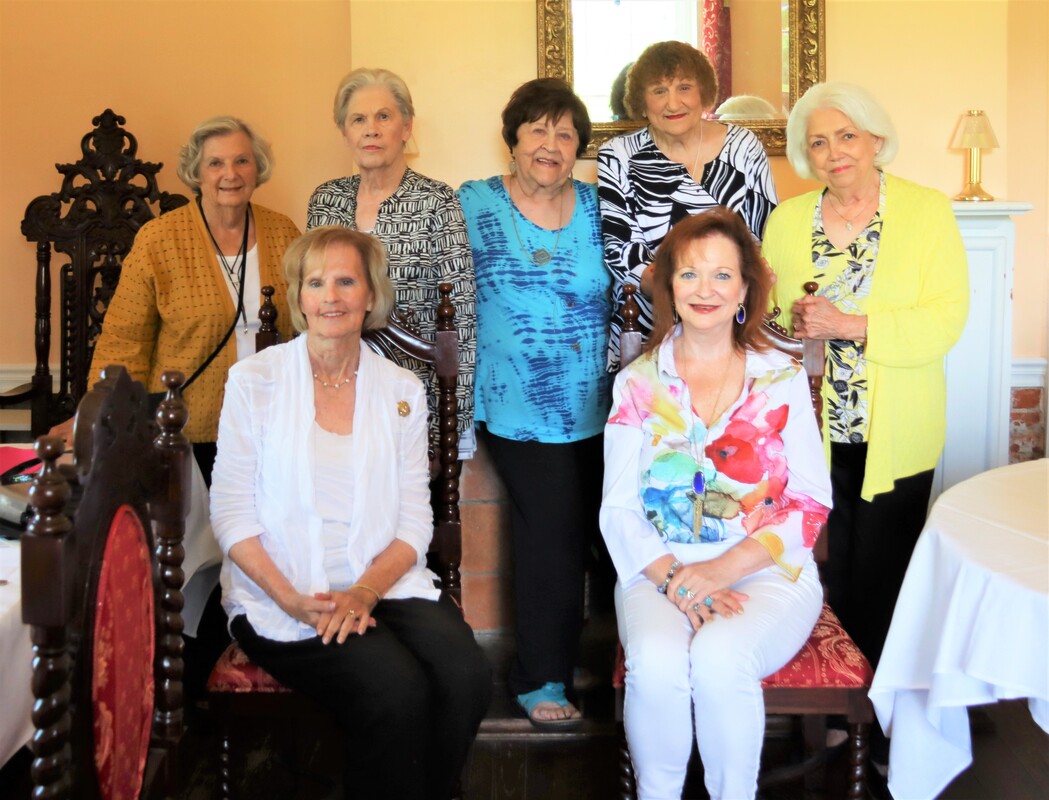 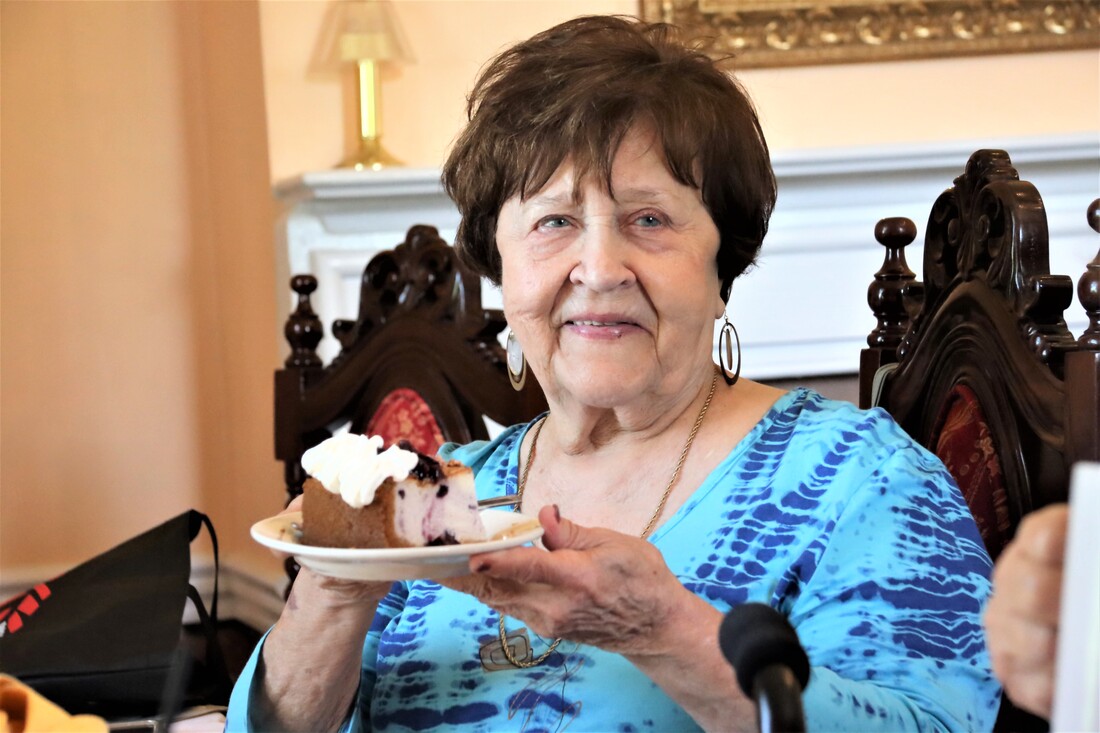 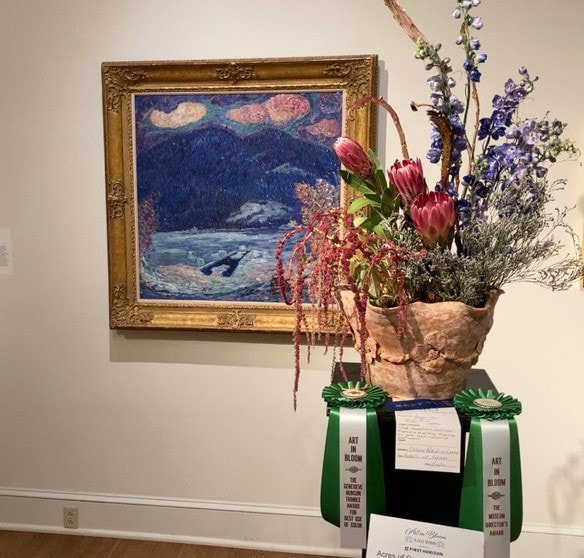 Coleen Perilloux Landry's interpretation won - A blue ribbon.  A green rosette of the "Genevieve Munson Trimble Award for Best Use of Color" and the "Museum Director's Award". Congratulations for a job well done! 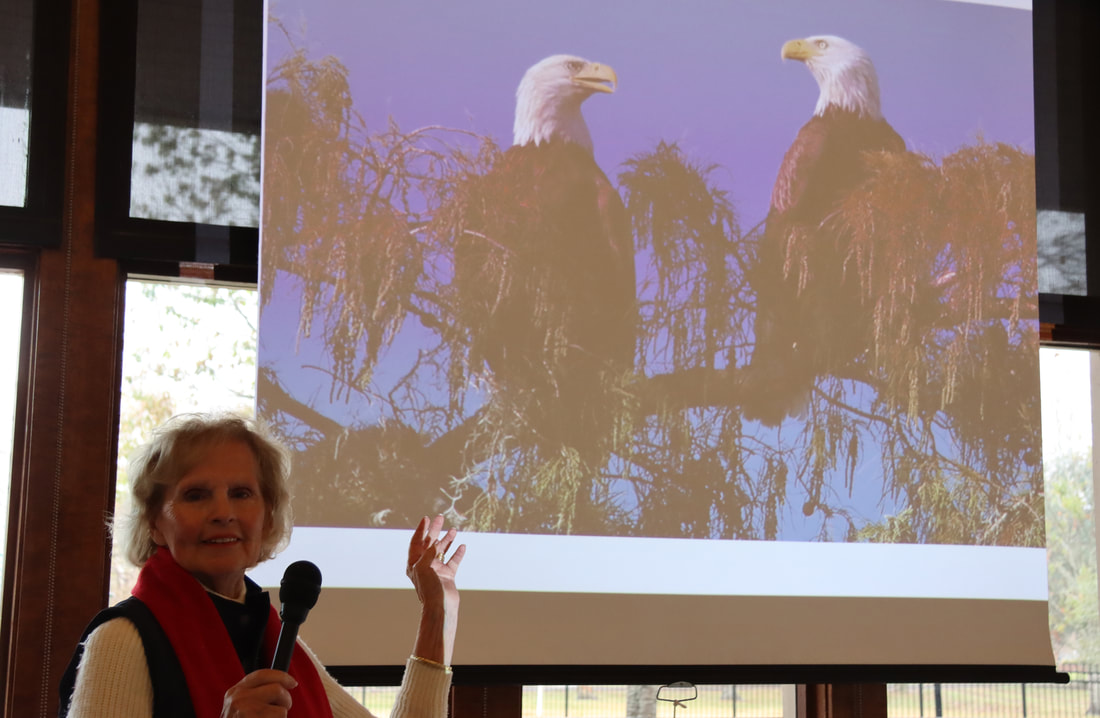 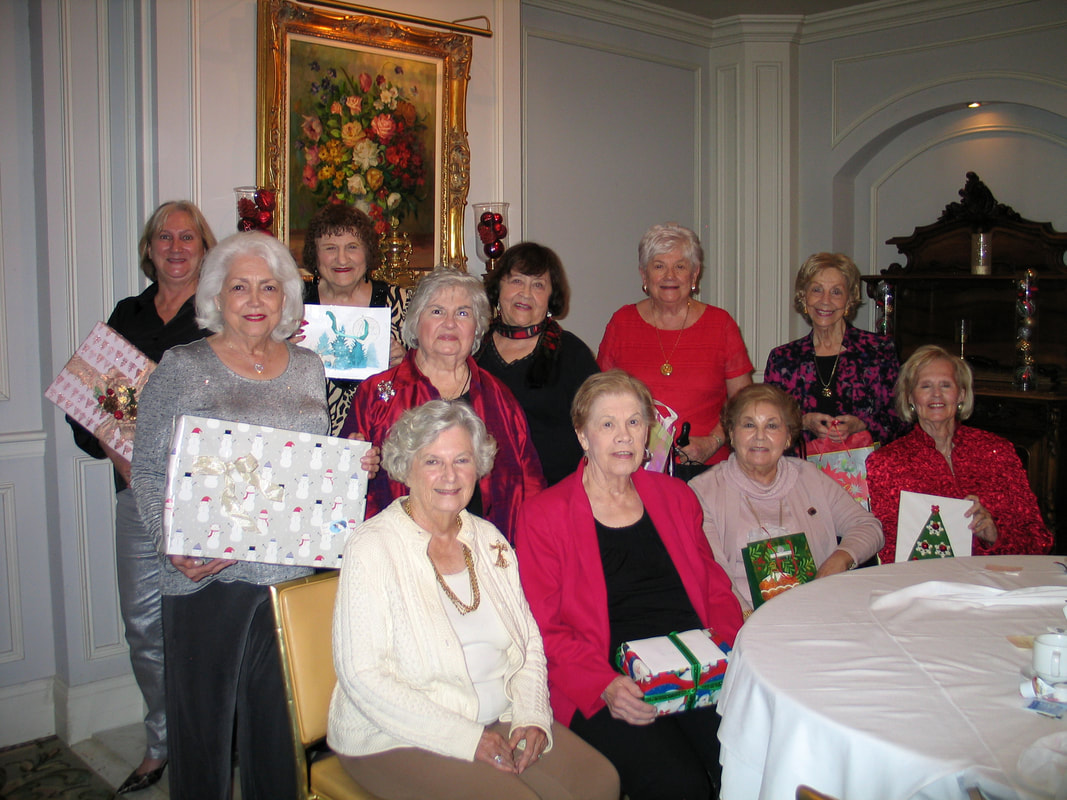 Acres of Green Garden Club of Metairie, in its 65th year, held its Christmas luncheon at Chateau Country Club where members exchanged gifts and poems with each other.  For its 47th year, members brought gifts for the women and children of the Metro Centers for Community Advocacy, a "Shelter from the Storm".  The gifts will be opened at the Center on Christmas Eve.  The prize for the Most Beautifully Wrapped Package was won by Pam Buchler.
Displaying some of the gifts are, seated from left, Yvette Gagnet, Kay Allen, Millie Quick and President Coleen Landry.  Standing are Pam Buchler, Mary Crumb, Eleanore Hebert, Madeline Polizzi, Betty Spurlock, Liz Bertucci and Phyllis Stacy. 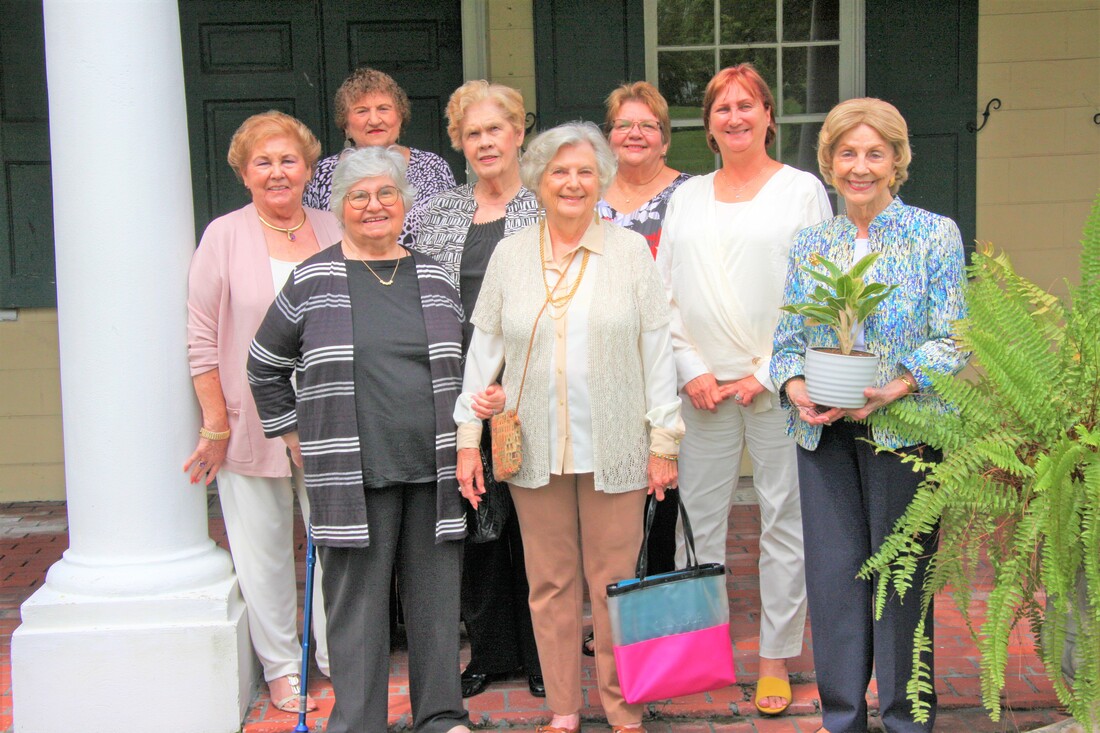 Coleen Perilloux Landry won a blue ribbon and "Best of Show" rosette for her arrangement in Art in Bloom 2021 at the New Orleans Museum of Art.  Her painting was "The Blue Kimono". 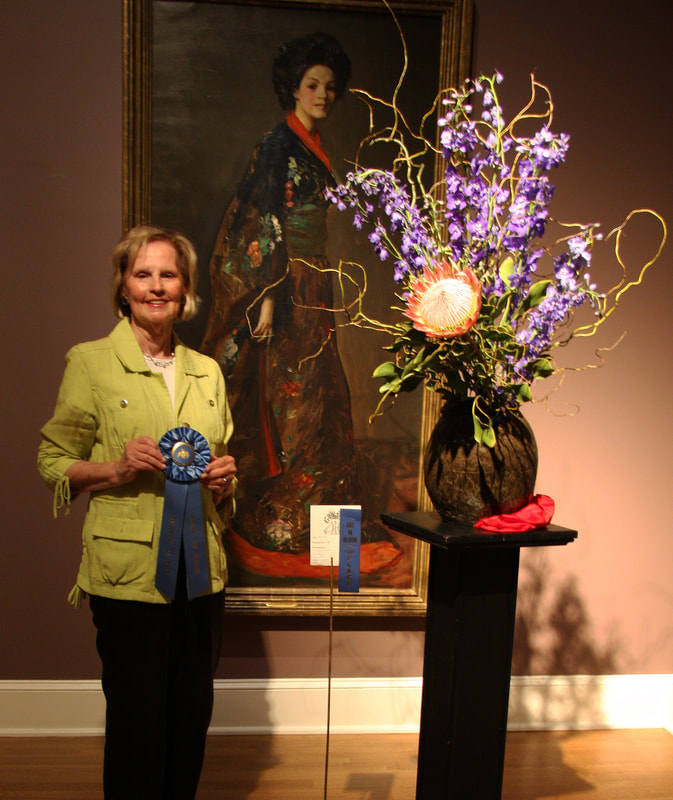